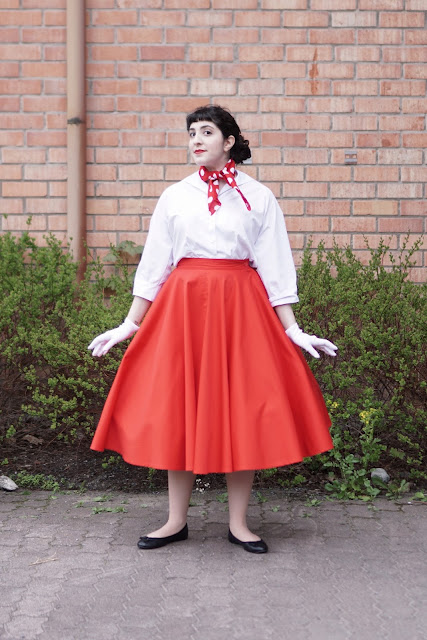 Hello lovelies!
Hope you are having a fantastic weekend.

Roman Holiday from 1953 with Audrey Hepburn and Gregory Peck is one of my favourite films. Two of my favourite actors are in it (Hepburn and Peck) and the story is lovely, happy, sad and perfect all at the same time. I always wish it would end differently, still after seeing it countless of times. 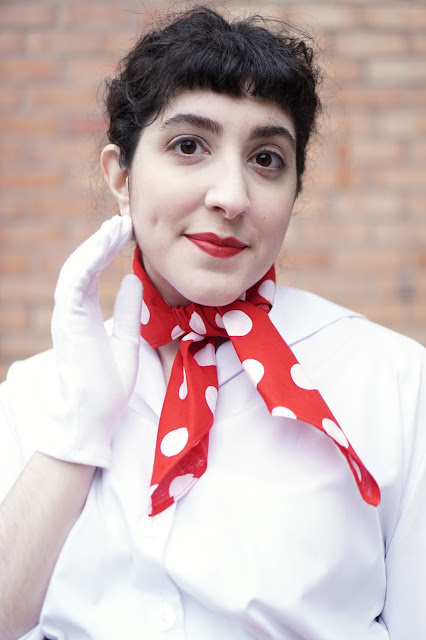 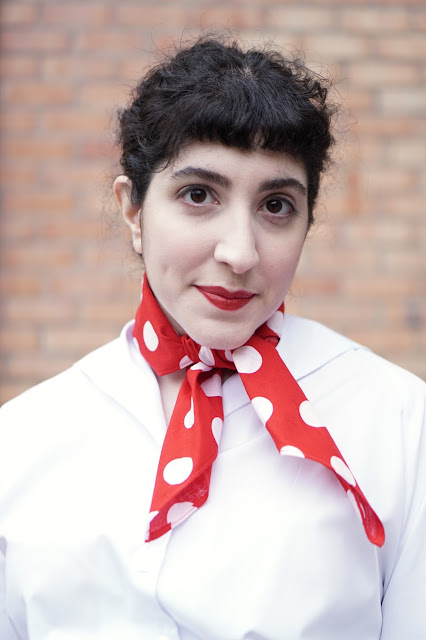 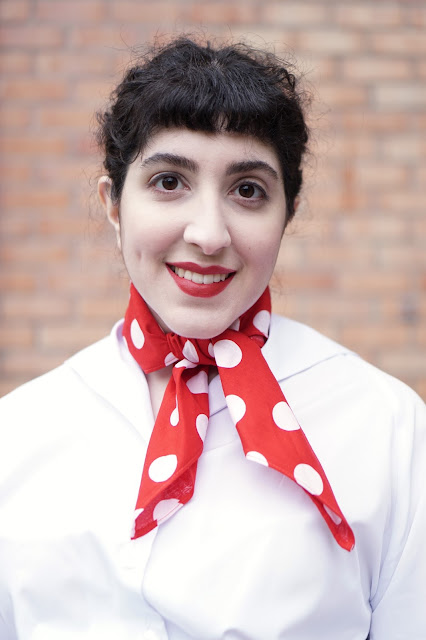 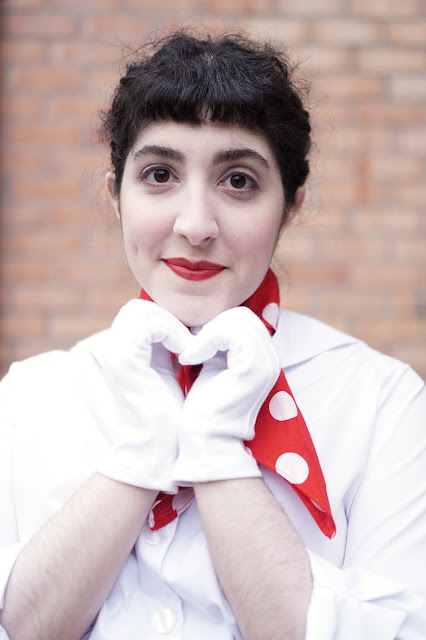 It's about a royal princess named Ann (Hepburn), that sort of elopes and goes around Rome by herself, while pretending to be someone else. A journalist (Peck) ends up helping her without knowing who she is, but later on figures it out. Naturally the pair go on to have exciting and funny adventures in the beautiful city of Rome. I really don't want to give anything away, so I'm going to end there, but it really is a lovely film and I most definitely suggest it. 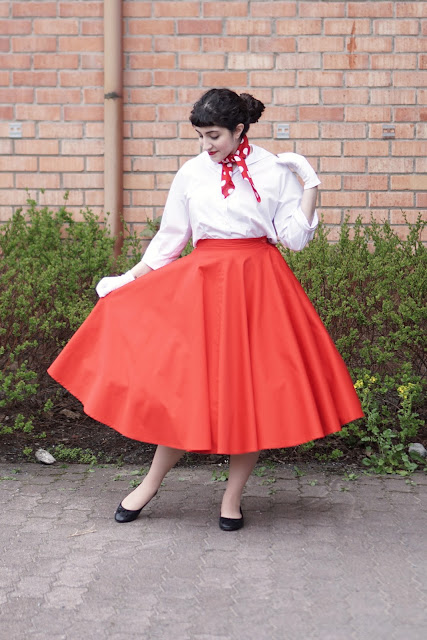 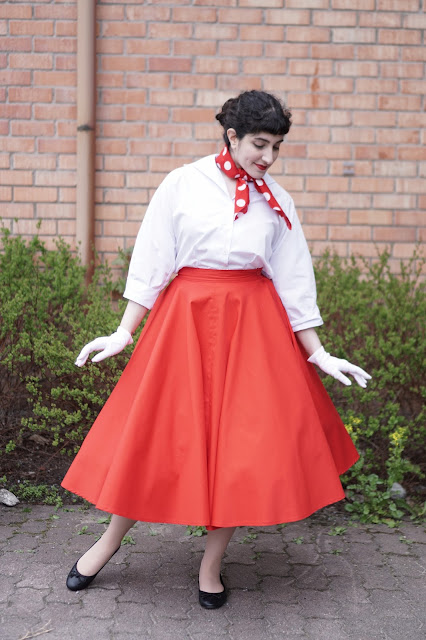 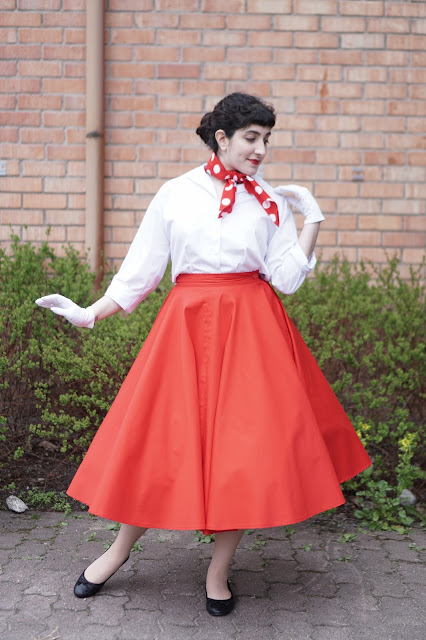 Today's look is inspired by Ann while she is incognito. The film is black and white so I've tried for years to figure out what colour Ann's skirt was, finally settling on it probably being sand/beige, but I went for a full red skirt from Vivien of Holloway. 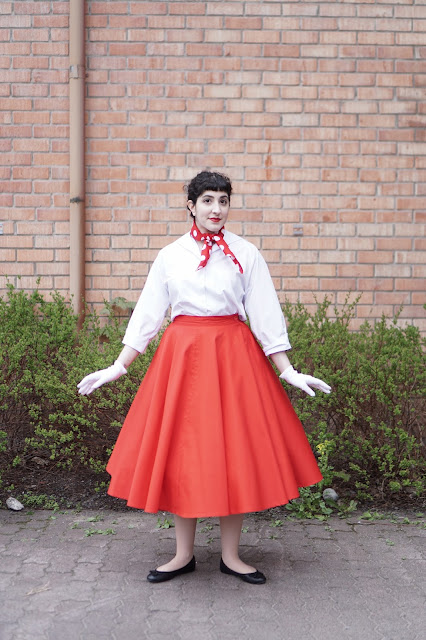 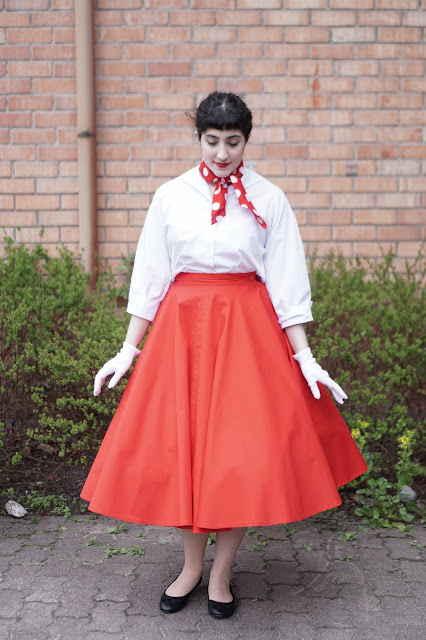 I've been a fan of Vivien of Holloway since I was in high school. I remember finding their web store and falling in love with their dresses. Well, 10 years later I finally got some items from Vivien of Holloway and I could not be happier with them. The skirt is fantastic in every way. I love the bright red colour (and Audrey wears a red skirt on the poster of Roman Holiday, so it was meant to be!), the volume and the twirlability of it! 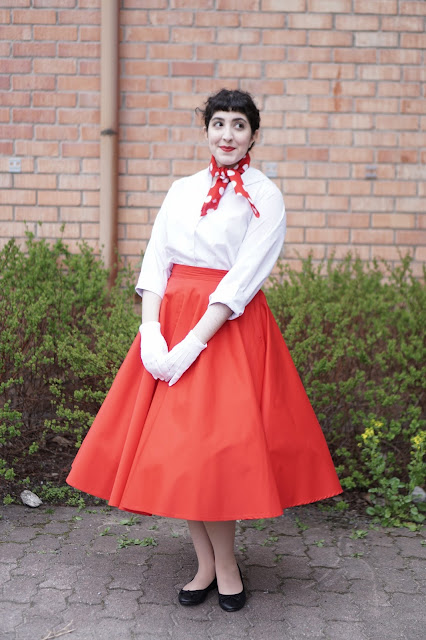 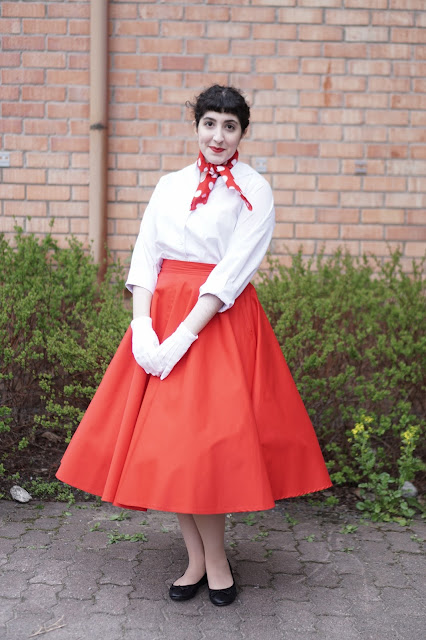 The top is also from Vivien of Holloway, and even though Ann wears a short sleeve (or actually it appears to be a long sleeve rolled up) I felt like the top had the same vibe to it. I added a pair of white gloves and black ballerina flats to give the outfit the right Audrey Hepburn feeling! 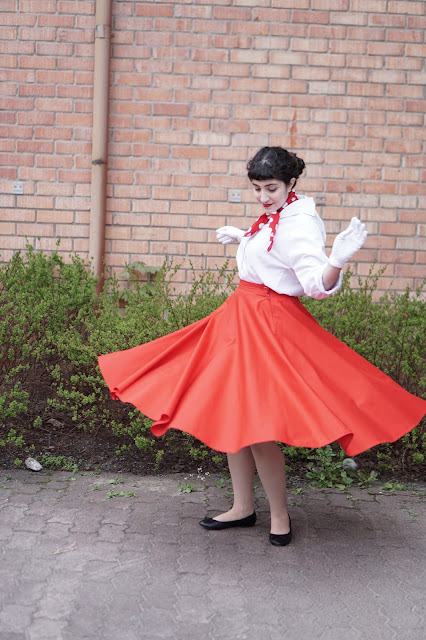 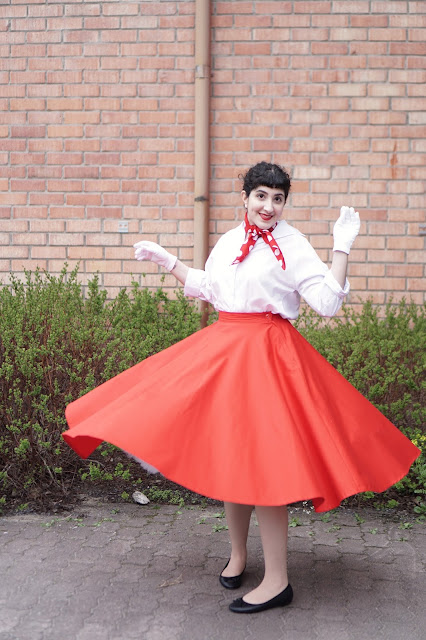 I felt ridiculously elegant in this outfit, and almost didn't want to take it off. I tired to channel the elegance and poise of Audrey. I've mentioned previously (here) how she is one of my number one style icons, and also one of my idols and heroes. So a belated Happy Birthday to the wonderful, elegant, excellent and amazing woman, Audrey Hepburn. You inspire me!