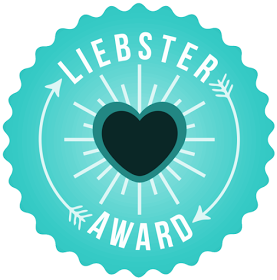 You guys!!
I've been nominated for the Liebster Award!! Which the internet tells me is an award given by bloggers to bloggers as a sign of appreciation to them and to help expose their blog for other viewers! So it's basically the best kind of award!

My dear friend Devinne of Mox and Socks nominated me! And I feel incredibly honoured, lucky and happy to be nominated by such an intelligent, kind and stylish lady like Devinne. She shares beautiful outfit posts, and photographs everything herself, which Ah-mazing! She also shares all kinds of things like tutorials (she's got awesome hair!), stories and more. Do check out her blog!

I'm supposed to start off with 11 random facts about myself, so here we go!

11 Random Facts About Me:


1. What inspired you to start a blog?
I had wanted to start a blog for the longest time, as a means for a creative outlet, however I was unsure if anyone wanted to read what I had to say. But several people started asking me on Instagram if I had a blog, and finally I just thought, why not do it!

2. Who is your favourite style icon?
This is a hard one, but someone that I look up to in terms of style is Zooey Deschanel. I like how she mixes old and new, and that there's always a quirky element to her style.

3. Can you name two of your favourite bloggers and explain why they are your favourites?
It's hard choosing just two, but one is definitely Liana of Finding Femme. She was (and still is) one of my biggest inspirations when I started blogging, and she is also the sweetest and smartest lady you'd find! Her blog is so chic and classy!
Another is Klara from The Robot That Had a Heart, she is such an amazing photographer and I love how she tells little eloquent stories in her posts. She's incredibly talented and so sweet.

4. What's one wardrobe essential you can't live without?
I want to say a little black dress, one that you can dress up or down. However if I think about it logically, with the weather here in northern Sweden, I probably couldn't live without my black leather boots (that have yet to make an appearance on the blog).

5. How would you describe your blogging style?
I don't really think I have a blogging style. If I have to answer this anyway, I would say I blog like I would talk to a friend. And most of my readers (the ones I know of anyway) are friends, so it is very easy to write in a casual way to them.

6. What is your greatest achievement outside of blogging?
It's probably my degrees in medical science... Or that I'm fighting to get better from my mental illness, it's probably what I'm most proud of doing anyway.

7. What was the last book you read?
I've been rereading the Harry Potter series, so the last book I've read is Harry Potter and the Goblet of Fire. Or are we talking books we've read for the first time, because then it's Outlander.

8. If you could travel anywhere in the world, where would you go?
London is my favourite place in the world. I just love London, and especially the Warner Bros studios that is just outside of London, where you have the behind the scenes of Harry Potter. But a place I would love to visit that I've never been to is the Wizarding World of Harry Potter in Orlando, Florida.

9. Where do you see yourself in five years?
In five years I've hopefully finished my PhD in pathology. If I'm lucky I'm doing a Post-doc somewhere and continuing with my research. And by then I wish I will have seen the Wizarding World as well!

10. What was the first movie or book that made an impact on your life?
Oh this is without a doubt Harry Potter! Harry Potter means so much to me. The books introduced me into the world of fantasy, that became my favourite type of literature as a child. Harry Potter was an escape for me, when I was younger I was bullied but escaping into the world of Harry Potter brought me joy and made me happy. There is so much I thank JK Rowling and HP for. It continues until this day to make an impact on my life. I've made both friends and enemies because of Harry Potter, and it continues to make my life magical!

11. What advice would you give someone who just started blogging?
Stay true to yourself. If you enjoy what you are doing, go on doing it no matter how many readers or followers you have. Blog for yourself.

Here are my 11 nominees:

You do not have to do this at all, the choice lies with you. I thought it was fun and wanted to acknowledge some people of my own.

Email ThisBlogThis!Share to TwitterShare to FacebookShare to Pinterest
Labels: about, about me, award, fun facts, liebster, me