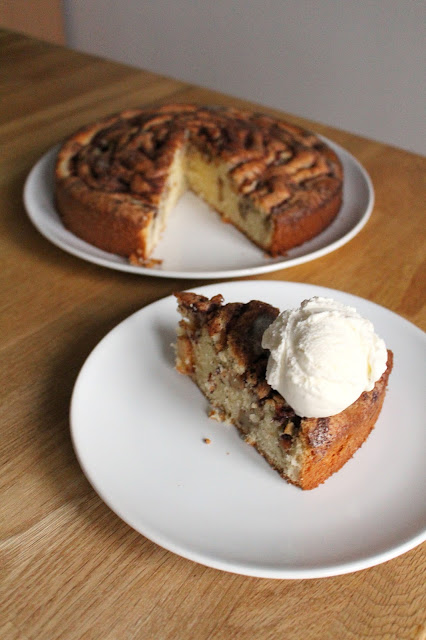 There aren't many scents that create such a feeling of warmth and cosyness as the scent of cinnamon. For me the scent of cinnamon reminds me of coming in from a cold autumn day, having strolled in a beautiful park with the leaves glowing in beautiful colours. I can picture it - sitting in a comfy armchair with a favourite book, wrapped in a blanket with a steaming cuppa in hand, the spicy scent of cinnamon wafting in the air. The rich scent of cinnamon invites cosy memories and transforms your home into a welcoming retreat.

This cinnamon and apple cake is not only delicious but smells heavenly of spicy cinnamon, and manages to warm the soul. It is an easy cake, and originally it is my mother's recipe, but I will share it with you, so that you can experience the same warmth and pleasure that this cake grants. 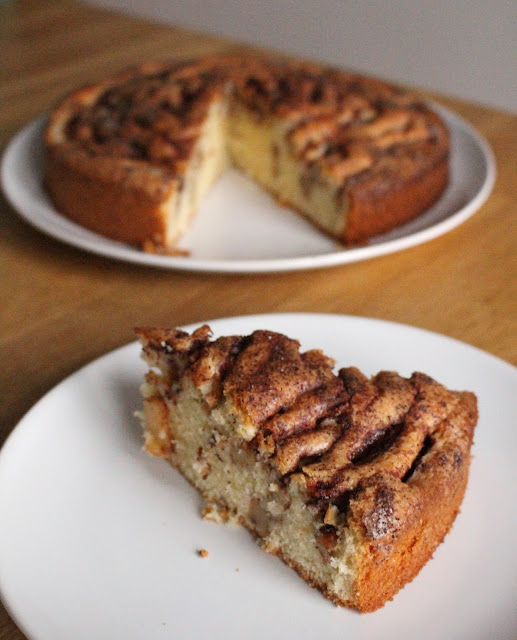 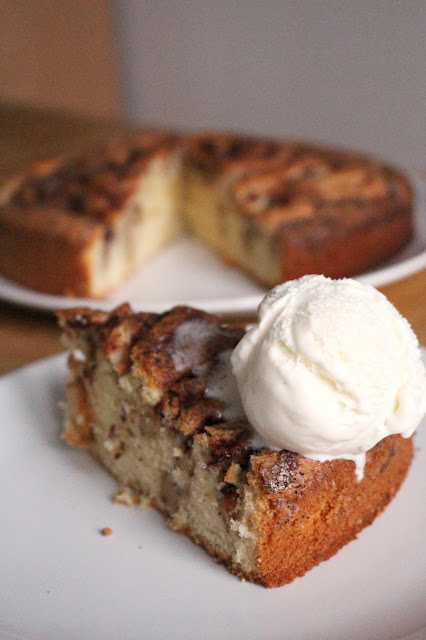 Preheat oven to 175°C.
Beat the butter and sugar light and fluffy. Add the eggs, one at a time. In a separate bowl mix the flour and baking powder. Add the dry ingredients to the wet ingredients. Pour into a 24 cm round baking tin. 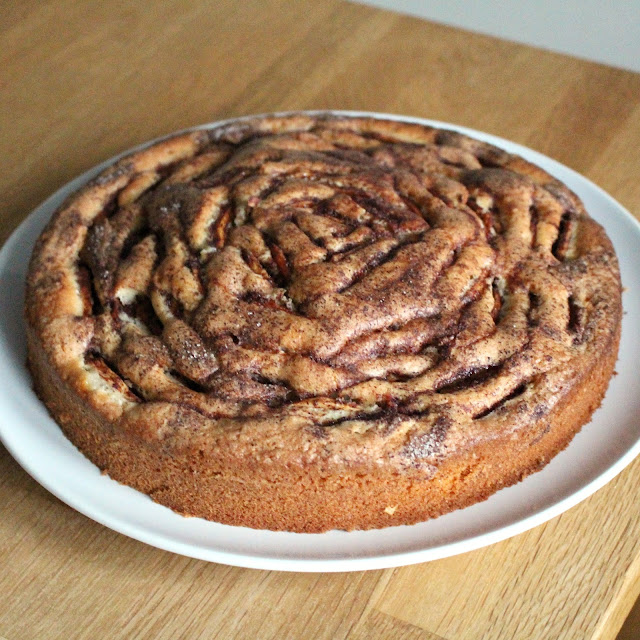 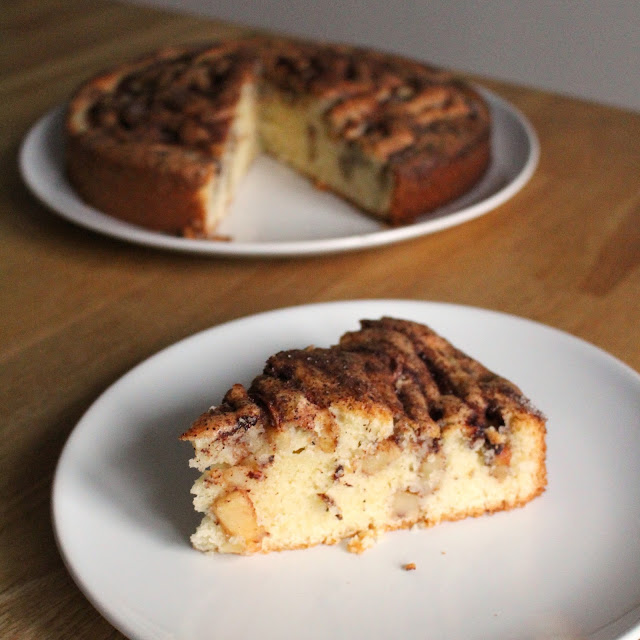 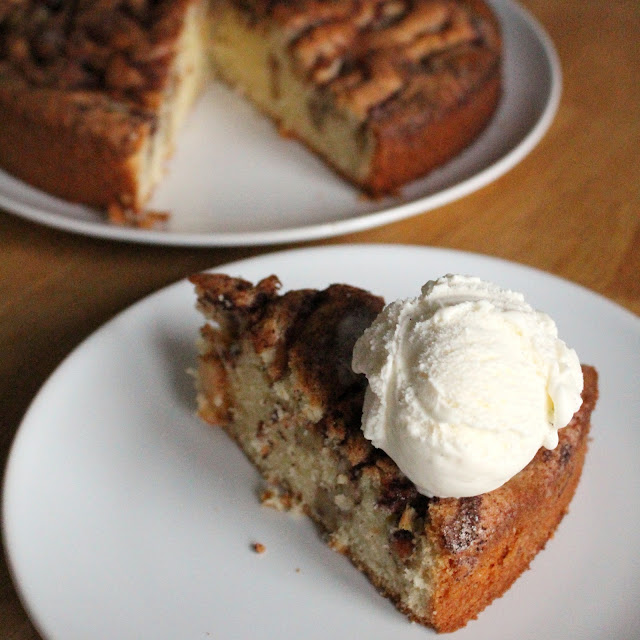