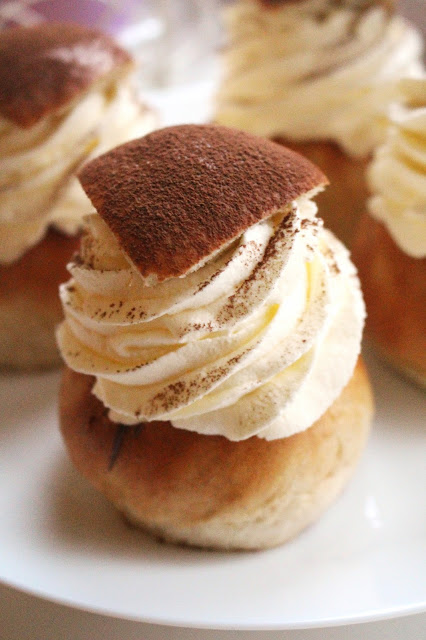 Hello all you lovely people,

Last year on a day just like this, I claimed that it was no ordinary day. And I'm here to say that is the case this year as well!

I've also mentioned before how February is a yummy month, because it's got the Nutella day, Valentine's Day (obviously you eat something sweet on Vday) and Fat Tuesday where we eat Semla in Sweden. 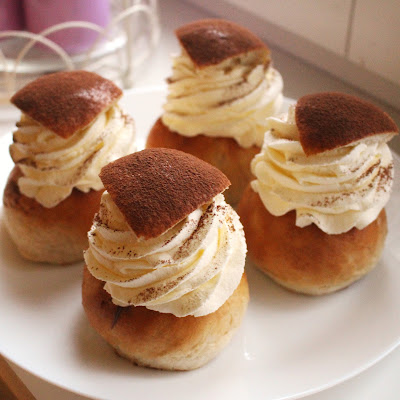 This year I decided to combine two yummies in one!
I present to you -- the Nutella Semla!

It is basically a Semla-bun filled with Nutella instead of almond paste and dusted with cocoa powder instead of powdered sugar.

For the Semla-bun check out my recipe from last year here from the post Fat Tuesday. 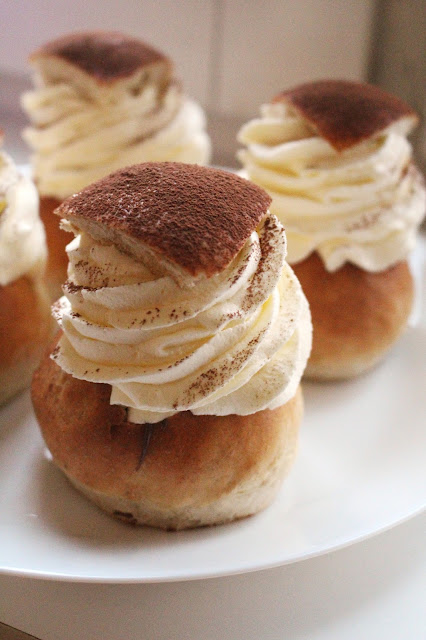 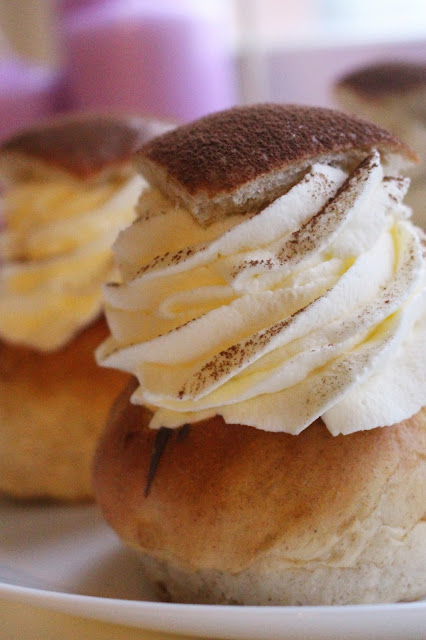 We'll start from where the buns are out of the oven and cooled.

Cut off the top of each bun. I use scissors and cut out a triangular shape. Leave the lid for later use. Empty the middle of the buns, creating little wells. Spoon in as much Nutella as you can fit inside of the wells.

Whip the whipping cream with vanilla sugar until soft peaks and pipe it onto the filled buns using a star tip (I use Wilton 1M). Add the lid on top of the piped cream, very gently pushing down a little. Dust the lids with cocoa powder. 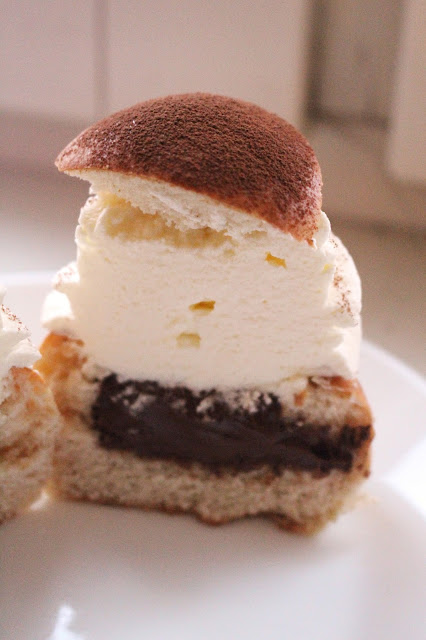 I hope you all have a fantastic Nutella day!
Please let me know if you make these yummy little pastries! 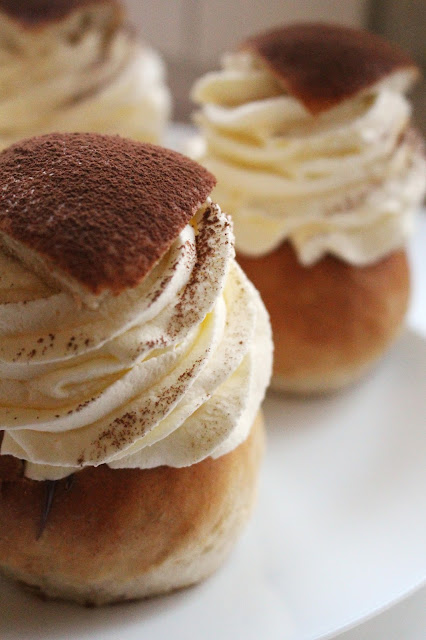