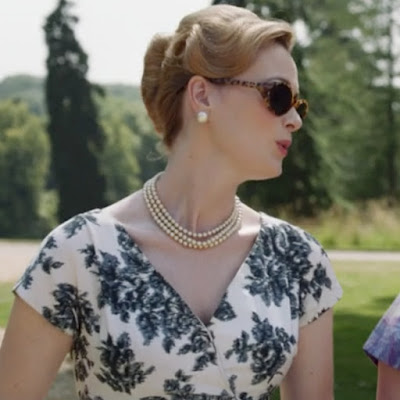 Hello all you lovely people!
It is time for another one of my Style Icons! 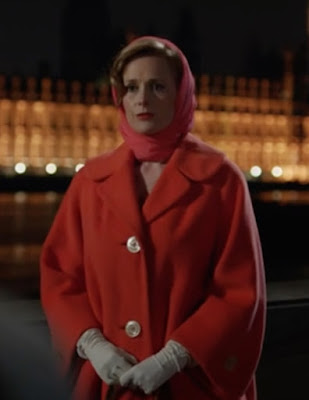 The style icon of today is another fictional character (surprise surprise) from the ITV period drama Breathless, that only ran for one series in 2013. The series is set in early 1960's England and revolves around the lives of a group of doctors and nurses at a gynaecology ward. It stars great actors and the show started very well, however the plot was lacking, it was a bit stupid and I understand why it wasn't picked up for a second series. However, it is a beautiful series visually. I wouldn't recommend you to watch it if it wasn't for the amazing, suave look of the show. The costumes are amazing and I've found not one, but two style icons in this series. 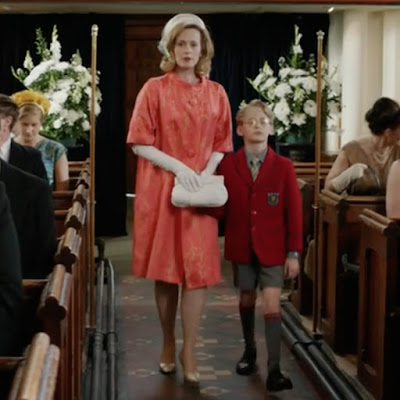 We'll start with the character Elizabeth Powell played by Natasha Little. Elizabeth is the wife of chief gynaecological surgeon Otto Powell and she's everything you'd expect of a doctor's wife in the 1960's. She's elegant and ladylike and it shows in her wardrobe. Since it is set in the early 1960's there is still some influence of the 1950's look, at least in the clothes of Elizabeth who would be a bit old-fashioned and modest. 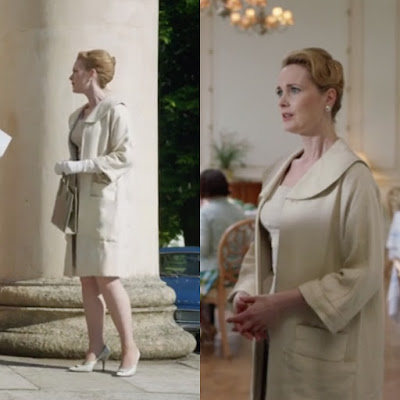 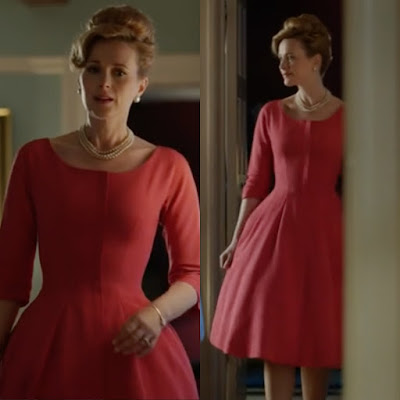 Elizabeth wears beautiful, classic dresses and coats, and has a very glamorous air about her. The white dress with a black floral pattern (seen below) has been a favourite dress of mine since I saw it, I find myself still thinking about this dress, and I am very happy to say that I have something quite similar to it, that I have yet to wear. She also wears a lot of dainty gloves and has some beautiful details to her outfits. 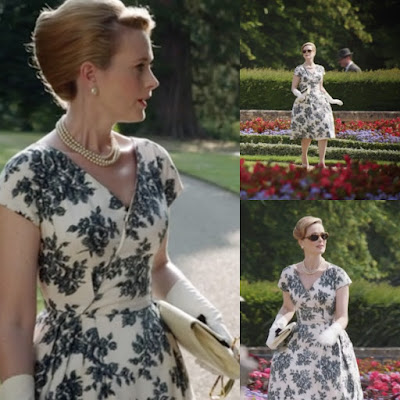 I was very inspired by Elizabeth's style when watching Breathless. I find myself trying to emulate her outfits whenever I can. So I won't say you need to watch Breathless, it's not that good, but if you're looking to get a bit of vintage inspiration it is good.

Hope you all are having a great week.
Much love,