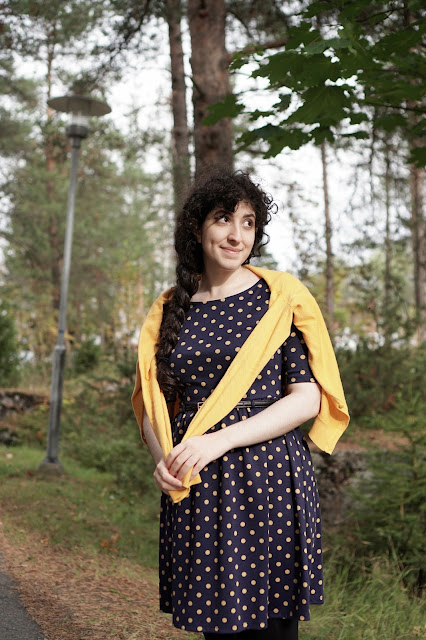 Hello everyone!
Thought I'd disappeared for good?

I am finally back to blogging after more than a week of silence, and really there hasn't been much to it other than that life happened. I've been ridiculously busy with life and work and blogging unfortunately took a back seat. But now I am back, and I will work hard to try and post regularly. 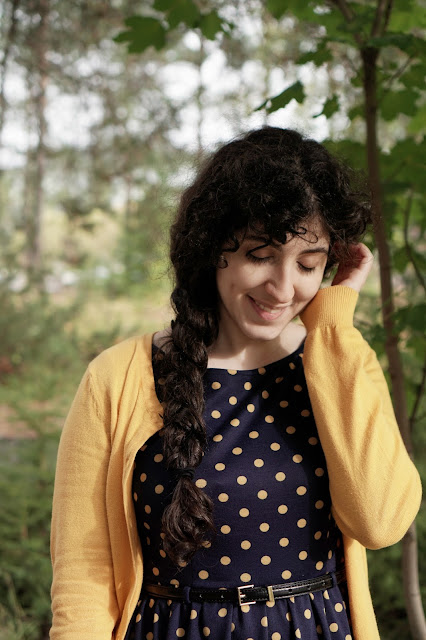 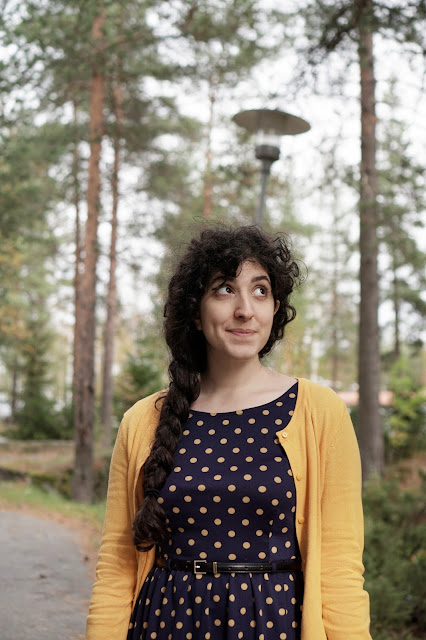 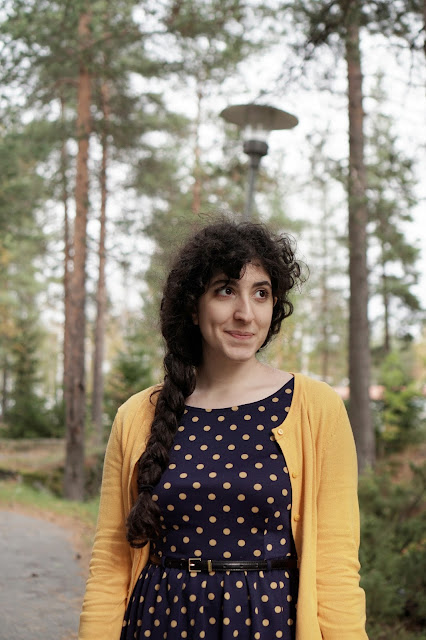 It has been a tough week for the world, with terrorist attacks in various countries around our globe. The attacks have not left me untouched and my heart goes out to all the people affected. The attacks that really shook me was the ones in Paris. An attack on Paris is not just an attack on France, but on Europe. It is an attack against the democratic way of living that we have in the west and it is an attack on freedom, justice and brotherhood. I don't pray, but my thoughts are with the people of the world! Here's hoping for peace in our lifetime. 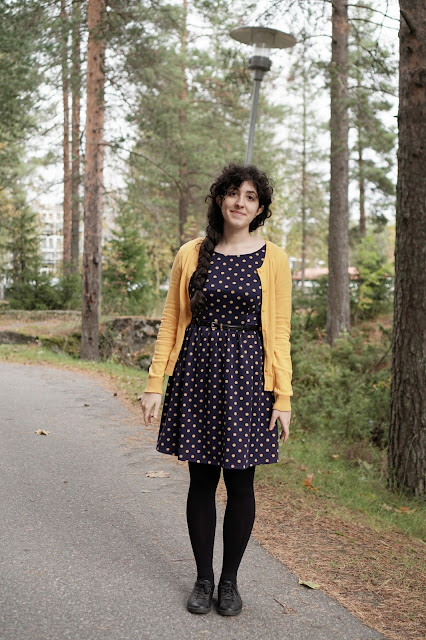 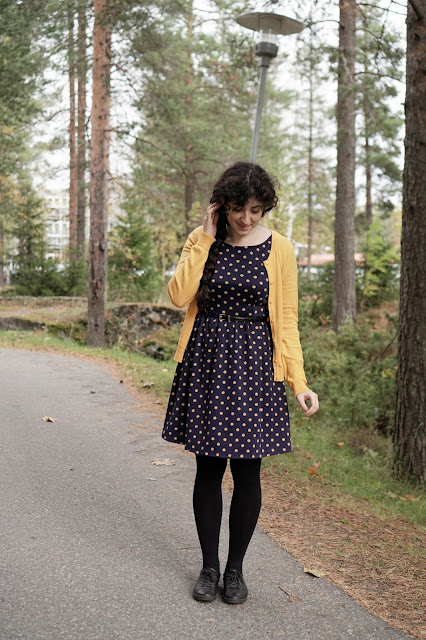 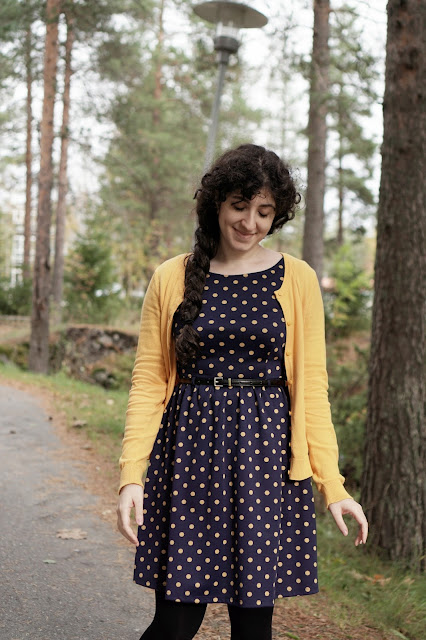 I took these pictures more than a month ago, when the leaves were still green, and autumn had just about begun. I bought the dress when I was in London from House of Fraser, which is such a magnificent place if you like clothes the way I do. We spent a good couple of hours in House of Fraser, and I managed to find this dress that I had seen on ModCloth from Yumi in the sale section, so I instantly bought it even though it's original mustard belt was missing. I am however on the look out for a mustard coloured belt, so if anyone knows of any place that has a mustard belt, please let me know! 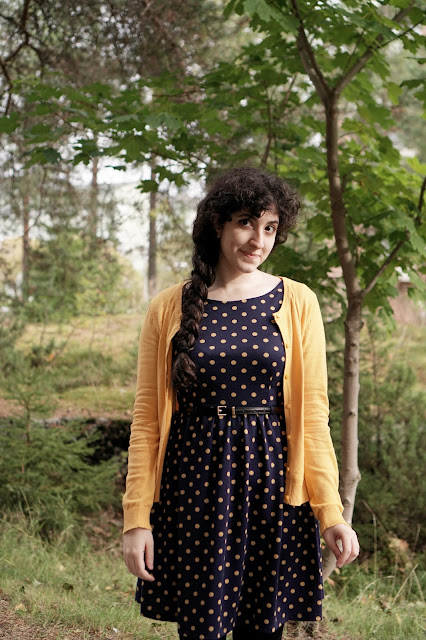 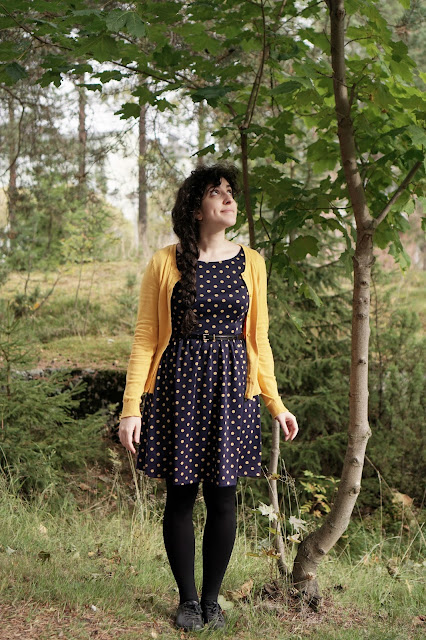 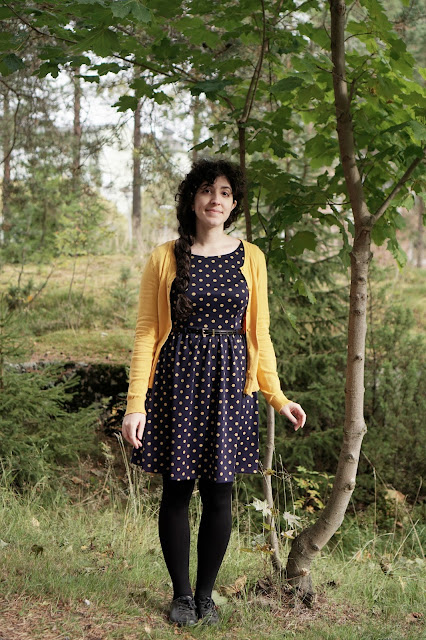 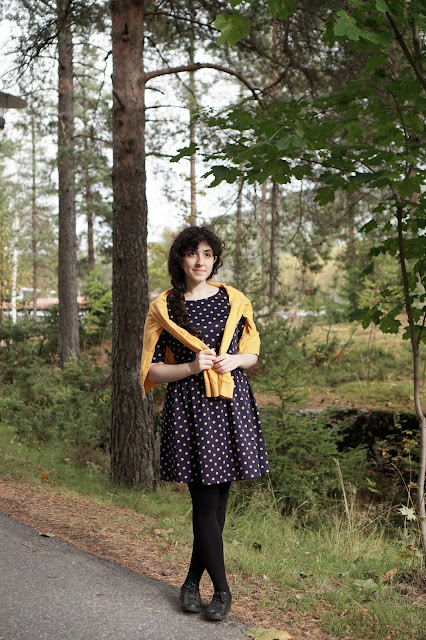 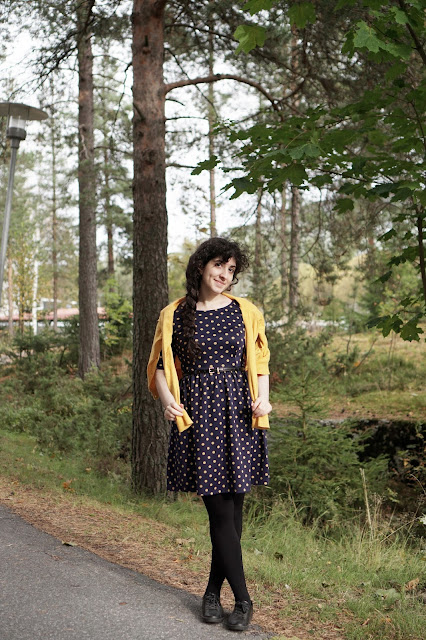 Take care of each other! And keep love and hope alive!
Much love.
Posted by Curls n Cakes at 17:33