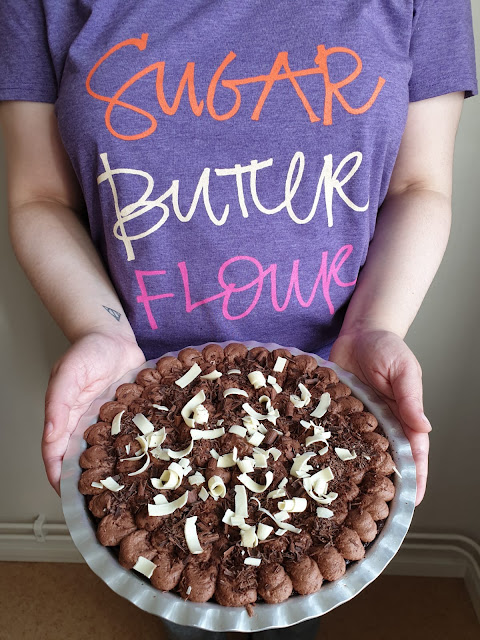 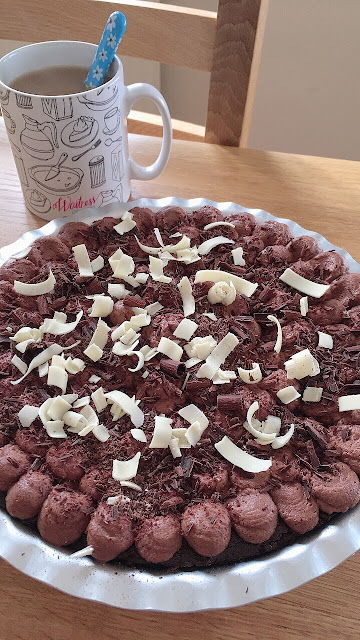 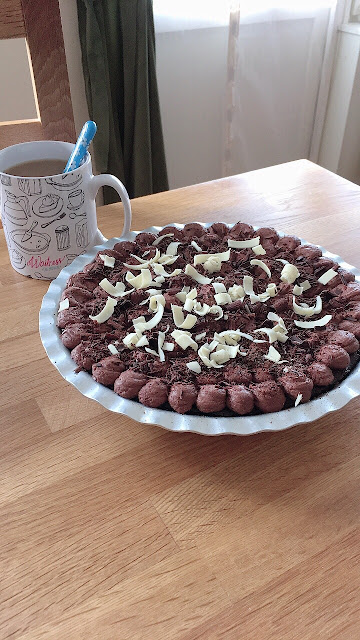 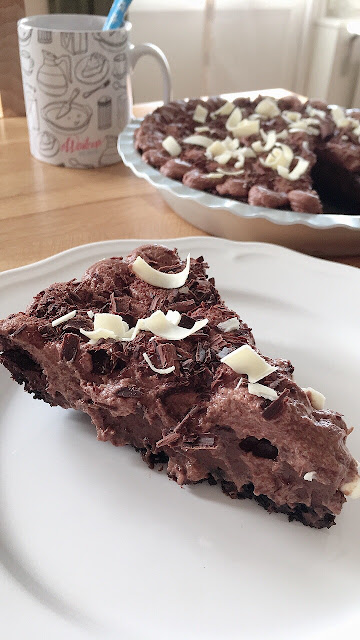 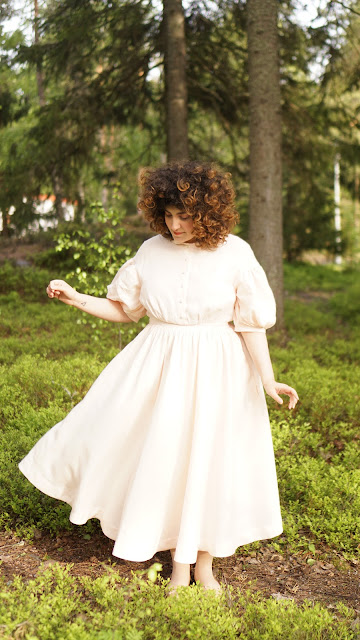 Hello all,
Some weeks ago, at the first sign of some warmer weather my sister and I went out to photograph this wonderful dress that I purchased from the Little Women Atelier shop on Etsy. This dress is so wonderful and breezy. It's made of 100% linen and it helps me keep cool in the summer. 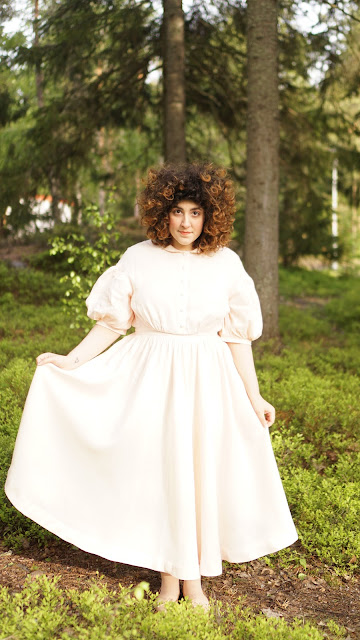 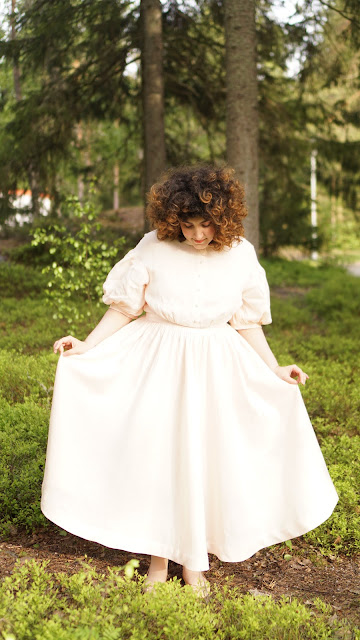 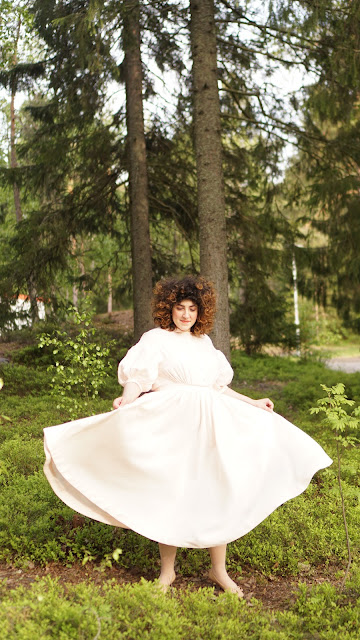 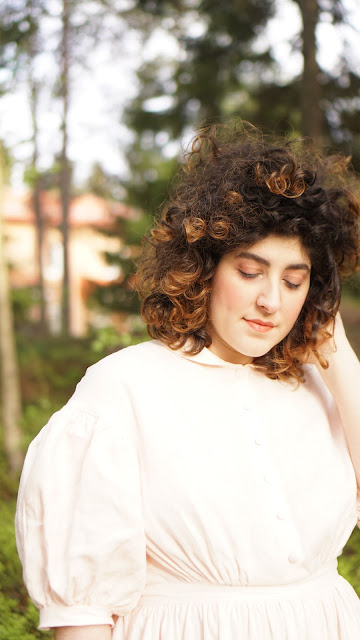 When I saw the Meg dress, I knew I had to save up to get one. It is one of the prettiest and most feminine dresses I own, without it being too girly. I purchased it in pale pink, which is a wonderfully serene and delicate colour, but they have this dress in many other colours too. The dress is well-made and the wonderful linen fabric feels so soft. It's a dress that inspires slow-living, sitting in your armchair with a good, classic book, having long walks in the warm summer breeze, or baking your favourite cake or biscuits to enjoy with family and friends. Simply said, it's a dress to live in and enjoy life in. 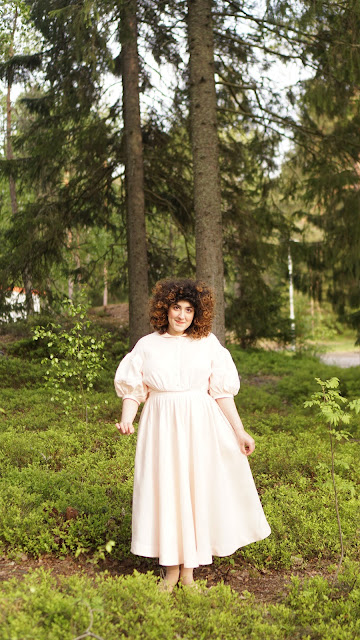 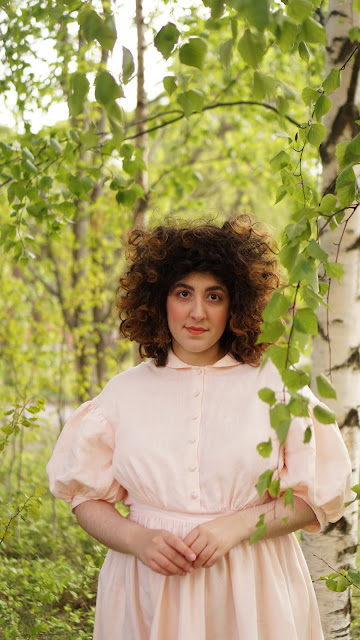 I hope you all have a terrific start to your summer. I will be enjoying it in my breezy dress.
Much love,
Mona 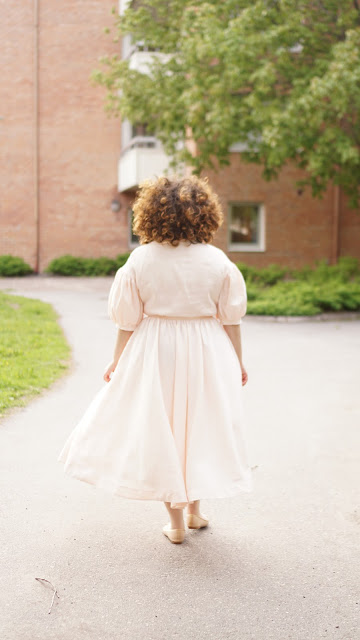 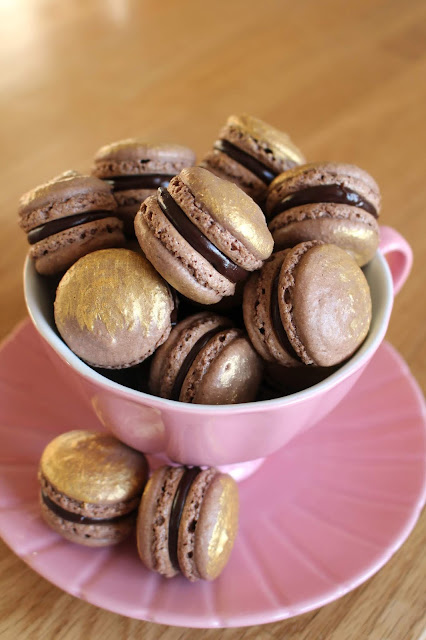 Hello all,
Some weeks ago I made chocolate macarons, after not having baked macarons for over two years. I was worried that I had lost my touch, but alas it was fine!

That proves that this recipe is an easy one, and that really, you have to be really unlucky to fail with it. The macarons may not have been perfect (I think I would've needed another minute of beating the batter), but they were very tasty. That's really all anyone can ask for! 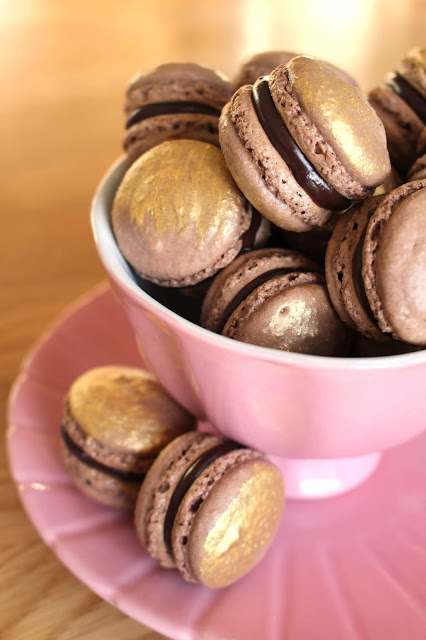 I like to prepare my egg whites by leaving them in room temperature for a day before I start baking. It yields better macarons in my opinion.

In another bowl whisk the room tempered egg whites until it starts to foam. Then gradually add the tablespoons of sugar. Whisk the egg whites until thick and shiny. You should be able to hold the bowl upside down without anything pouring out.

Add the almond-powdered sugar-cocoa mix to the eggs and mix. This is where it can get a bit tricky. Obviously the almond-mix should get completely incorporated within the egg whites, however you usually need to mix it a bit more. I usually pick up a bit of the batter with a spatula and if it falls down in a ribbon like shape it is ready and should not be mixed anymore. Mix it too much and you get flat macarons.

Pour the batter into a piping bag with a round tip and pipe the batter onto baking trays prepared with baking sheets. Now it is important to let the piped to-be macarons rest on the baking trays in room temperature for about an hour. I know you're eager to see how they turn out, but the resting of the macarons is super important, because the surface dries a bit and that makes them not loose their shape when they are baked, and it enables the feet to come out when baked (if the anatomy of a macaron is a mystery to you, I highly recommend googling it, but below a photo follows to explain some things). 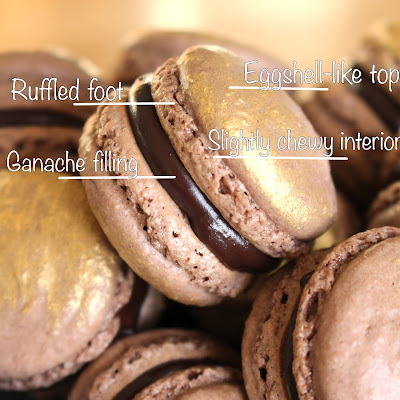 After the macarons have rested for about an hour in room temperature, bake them at 150°C for about 14 minutes.

Let the macaron shells cool completely before you fill them with ganache. For my ganache recipe click here.

I also painted my macaron shells with a bit of edible gold, just so that they would look a wee bit more luxurious. 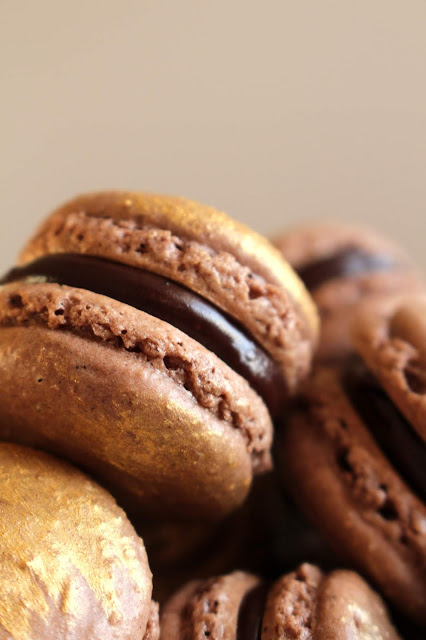 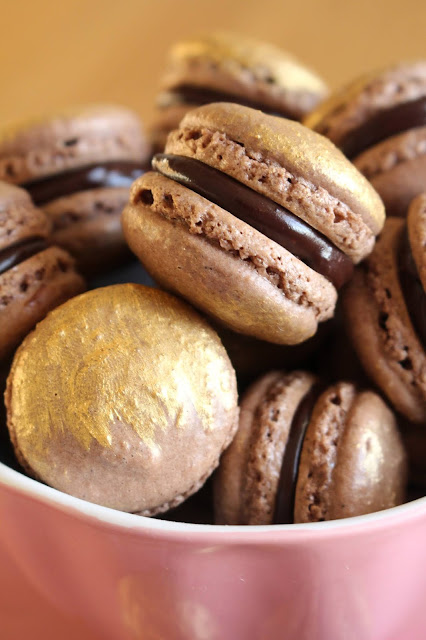 And that, my friends, is really all there is to it!
I hope you enjoy this recipe. 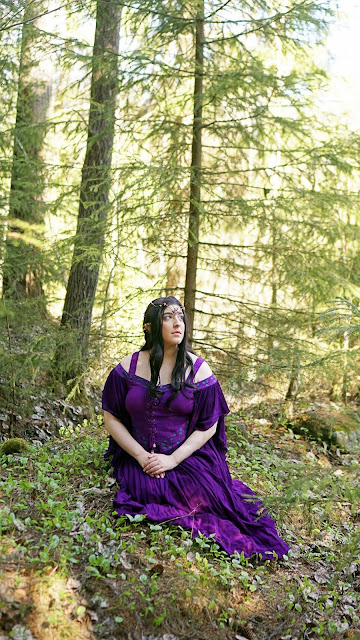 Hello lovely people,
Hope you are all well. I am doing so well lately *knock on wood*. My medicines have stabilised my mood, and my depression has kept away. At the same time I've been in 12 weeks of cognitive behavioural therapy for my OCD, so I'm doing quite well.

As I've been doing well, I've had the time and interest in doing things, and I've been dabbling in creating larp characters. This character that I'm introducing today is a woodland elf. I imagine her name is Belilmadia and she enjoys walking in woods and singing with the birds. 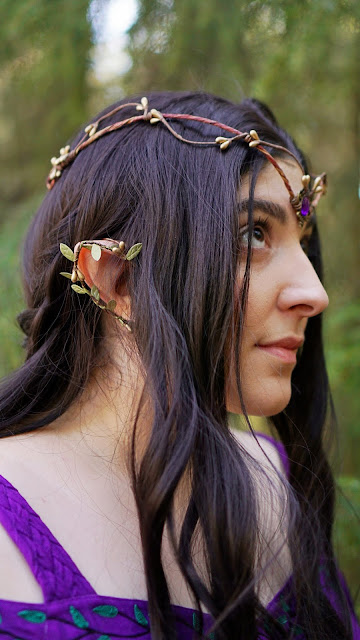 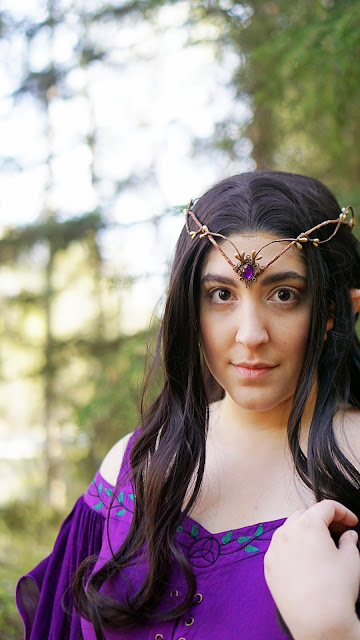 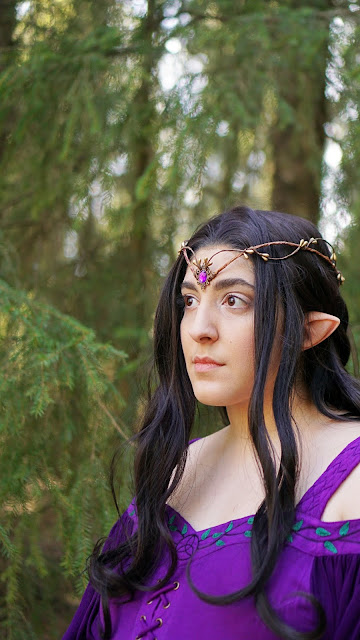 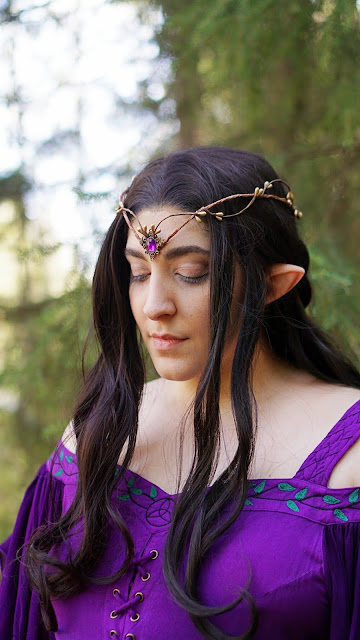 It was fun to create this character and all her little details. The dress is the Acacia maxi petite dress from Holy Clothing, which I fell in love with from the moment I saw it. I decided on accessories around the dress.

The most enjoyable part of becoming this elf was adding the elf ears. I have dreamed of being an elf since I read The Hobbit when I was 8 years old. Finally I looked like one, and I feel like the ears were the most essential part. The ears are from the Etsy shop Mad House FX studio. 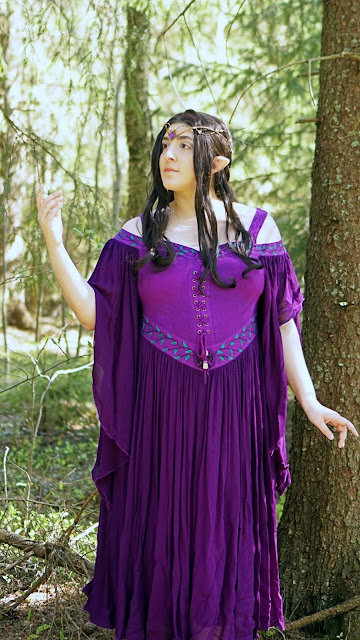 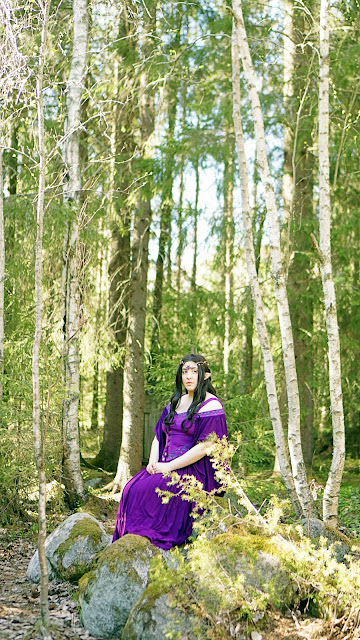 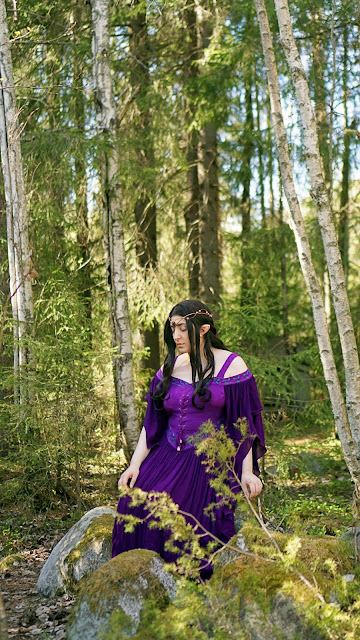 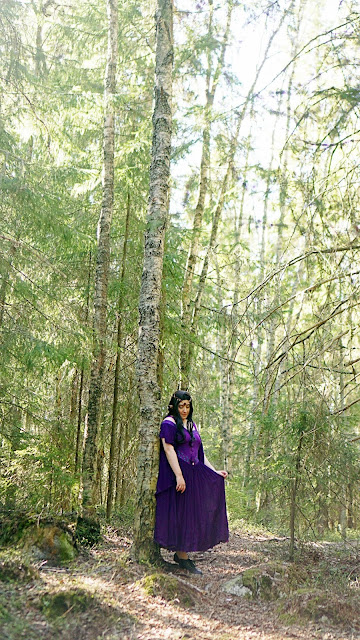 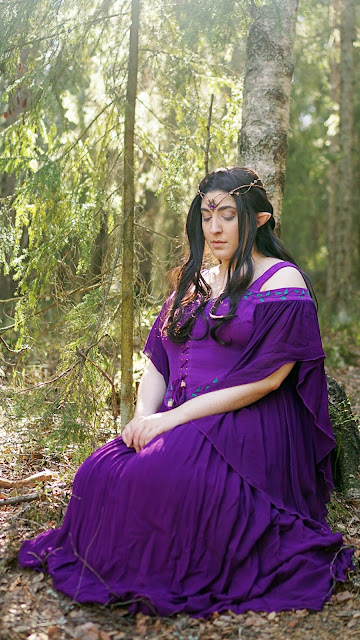 Much love,
Belilmadia
Posted by Curls n Cakes at 18:38 6 comments: